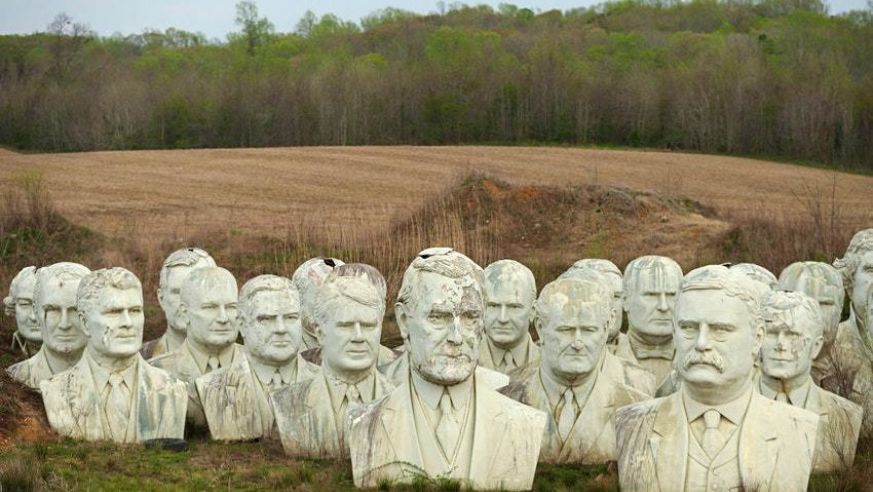 ​In a field in Croaker, Virginia, outside historic Williamsburg, sits an apocalyptic site: the large, decaying busts of 42 presidents.

The heads were moved to the field after the failure of President’s Park, an attraction that was intended for tourists to Williamsburg, but wasn’t met with much success. When the park failed, the busts were scheduled to be destroyed, but Howard Hankins couldn’t bear the thought, and offered to take the busts to his privately owned farm. But moving the busts proved difficult, the process broke noses off and put holes in the back of some of the heads. Abraham Lincoln’s bust has a hole in the back of his head (a poignant reminder of his assassination) and Ronald Reagan’s bust was struck by lightening. There was at one time a miniature head of Barack Obama, but it appears to have been stolen.

The busts sit on private property that is not open to the public, but tours are offered occasionally. Photography tours are run by John Plashal.

There are plans to remove the President’s heads to another location, potentially for another run at a museum. Those plans appear to be on hold as of 2020.