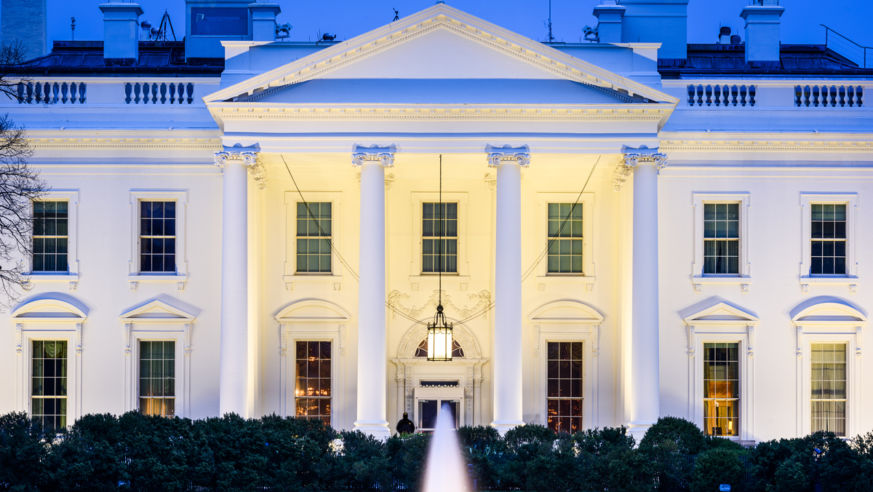 The White House is one of the USA’s most iconic buildings. Imagine how much its walls have seen since it opened in 1800. The spirits of countless scandals, wars, assassinations, and other political skullduggery are commonplace.

But what if other spirits haunt the walls of The White House?

As it turns out, multiple people report being haunted by one particular ghost – that of President Abraham Lincoln. Lincoln, who was assassinated on April 14, 1865 and died just a few blocks from The White House, has been said to haunt the halls since his death.

The first reported haunting of Abraham Lincoln’s ghost happened in 1870. A photographer named William H. Mumler took a photo of the widowed Mary Todd Lincoln. When the photo was processed, the ghost of her husband can be seen standing behind her. Sharp minds might dismiss this as an accidental double negative, or some other type of trick with film. But, consider these other reports.

Several First Families have reported hearing footsteps pacing the hall outside the Lincoln bedroom. Eleanor Roosevelt reported that her dog, Fala, would often bark at what she presumed to be Lincoln’s ghost. Harry Truman’s daughter Margaret reported hearing a specter tapping on the door of the bedroom. President Truman himself reported being jolted awake in the middle of the night by taps on the Lincoln bedroom door. Other White House employees have reported seeing shadows of Abraham Lincoln sleeping in the Lincoln Bedroom, or pulling on his boots.

People also claim to have seen Lincoln’s ghost directly. First Lady Grace Coolidge was the first person to report physically seeing the ghost – she saw Abraham Lincoln standing at a window, staring outside. On one occasion, FDR’s personal valet ran screaming from The White House after he saw Lincoln’s ghost.

President Lyndon Johnson also reported seeing Abraham Lincoln’s ghost, in times of distress. Johnson reportedly asked the ghost of Abraham Lincoln how to handle war, and reported Lincoln’s response to be “don’t go to the theater.”

Lincoln’s presence doesn’t just haunt Americans. In 1942, Queen Wilhelmina of the Netherlands claims to have heard footsteps outside the bedroom she was staying in at The White House. She answered a knock at the door, and then found Abraham Lincoln, in his coat and top hat, standing before her.

Winston Churchill reportedly met Abraham Lincoln’s ghost while naked. Churchill was fresh out of a bath, where he loved to drink scotch and smoke a cigar to relax. He walked into his White House bedroom fully naked, still smoking a cigar, only to see the apparition of Abraham Lincoln standing near the fireplace. As Churchill told it later, he tapped the end of his cigar and said “Good evening, Mr. President. You seem to have me at a disadvantage.” Reportedly, Lincoln laughed to himself and disappeared.